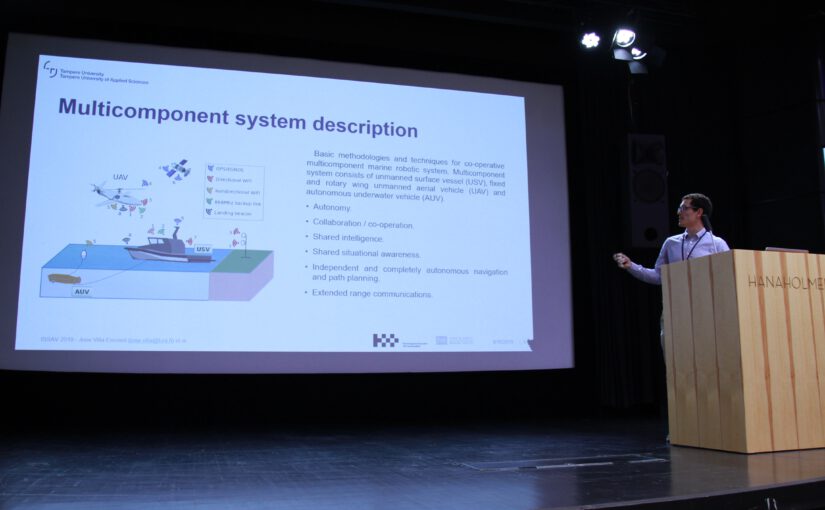 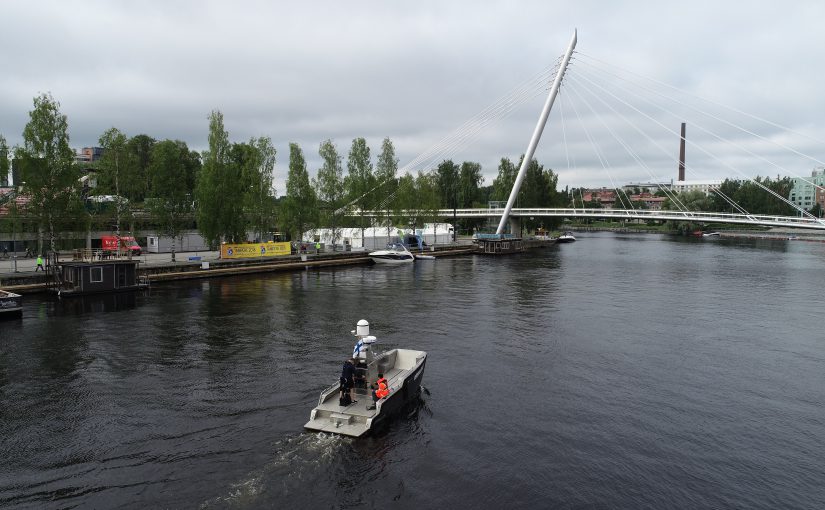 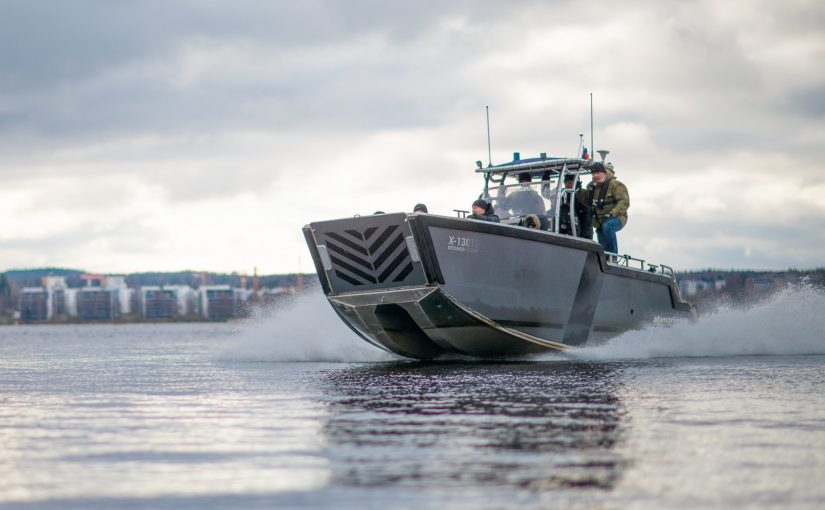 The three-year project aColor (Autonomous and Collaborative Offshore Robotics) comes to the end in December 2020. The scientific community has given possibilities to hear about this research opening funded by Technology Industries of Finland Centennial and Jane & Aatos Erkko Foundations. aColor researchers have performed several presentations at conferences during 2019, and some others are coming for 2020. Furthermore, demonstrations have been carried out again during the past summer and autumn, including the real-time demonstration during the International Seminar on Safety and Security of Autonomous Vessels (ISSAV) 2019 in Helsinki (Finland).

Several scientific publications have been written and presented by the different research groups involved in the aColor project, where mechatronics, machine learning, and communications have been the main topics. These publications have been published and presented in high-level conferences all around the world, including the USA, Italy, Portugal, and of course, Finland. Additionally, many Master’s Theses have been finished in the scope of the aColor project, where Tampere University students have been able to develop and learn from this research project. Also, some new collaboration and co-operation links have been established in the project, highlighting the EUMarineRobots (EUMR) with the University of Girona (Spain). This project, funded from the European Union’s Horizon 2020 research and innovation program, has helped the researchers to develop Guidance, Navigation, and Control (GNC) algorithms using a commercial Autonomous Underwater Vehicle (AUV).

The most important presentation during 2019 has been the ISSAV 2019 in Helsinki (Finland), where the attendees of the seminar were able to see a live demonstration of the Unmanned Surface Vessel (USV) in the lake Pyhäjärvi at Tampere (Finland). The feedback from the scientific community at the seminar was encouraging, emphasizing a comment from a UK researcher: “It has been the first time that I have seen a live demonstration working”. These comments motivate the aColor researchers to continue with the work that has been done during the last two years. The live demonstration shown in the ISSAV presentation can be found in the following link: aColor Project Live Stream - Pyhäjärvi (Tampere)

This year 2020 has an important milestone for the aColor project: the TRA2020 conference. TRA (Transport Research Arena) is the largest European research and technology conference on transport and mobility. TRA takes place from 27 to 30 of April in Helsinki (Finland), and aColor project will present the scientific article “aColor: Mechatronics, Machine Learning, and Communications in an Unmanned Surface Vehicle”. This article combines the three research areas, mechatronics, machine learning, and communications, in a single document with the input of all research groups of the project.

The three-year aColor project has opened new research questions in all research fields, where reliability and safety are the most essential ones to incorporate into the current system. The basic methodologies developed during the aColor project have been used as a proof-of-concept. Now, we want to start giving advanced capabilities to our autonomous offshore vehicles.