In the field of imaging syst 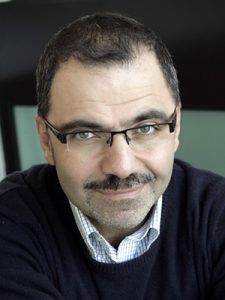 ems lenses are everywhere. They’re present in every camera ranging from the one in your smartphone to different infrared cameras. As its name suggests, this research project digs into lenses – or actually the lack thereof. The Computational imaging without lens project (CIWiL) aims to develop the fundamental knowledge needed in designing and optimizing novel lensless computational imaging systems. It will lead to a proposal on a new approach to designing these systems.

The production of cameras is a very complex process and lenses are the most expensive and complicated elements in both traditional and computational imaging systems. Lensless computational imaging systems provide a solution by completely eliminating lenses from the imaging pipeline. In the CIWiL project the team of researchers wants to replace lenses and mirrors used in current cameras with something called diffractive optical elements. These ultrasmall elements use a thin microstructure pattern to alter the physical phase of the light projected through them.

There are endless possibilities for this kind of application in the field of imaging systems. In order to fulfill its potential this research calls for several scientific breakthroughs in mainly the design of lensless imaging systems and its properties as well as the algorithms involved. Accomplishing these breakthroughs would result in much superior imaging systems in comparison to existing ones.

It’s safe to say the dream outcome of this project is ambitious. The team envisions a future of lensless and inexpensive imaging devices that are up to several hundred times thinner than existing cameras. Current cameras, also lensless ones, lack the ability to reproduce optical quality images in high resolution. The lensless imaging systems, however, have very fast sensing which is a big advantage. It enables for example the production of high-resolution slow motion videos.

The 550 000 euro funding will be used among others to hire more team members, PhDs, postdoc and senior researchers, to get the engines going. Eventually the team will produce a prototype of a lensless imaging device and start developing collaboration with potential end users such as companies like Nokia.